Lecturer at Forth Valley College, John Dickson, won an FVC Staff Award last year for his use of Numbas in mathematics courses.

John says this about the award:

I started using Numbas as a means of formative assessment around five years ago which worked really well as a tool for allowing students to develop their skills ahead of a summative assessment. The experience of learning how to write Numbas questions has proved invaluable since the Covid -19 pandemic began and remote learning became necessary.

The maths department needed a method of ensuring that any summative assessments conducted in a remote setting were reliable, secure, maintained a standard of integrity and were able to be set at the correct level for the variety of courses we deliver. Using Numbas to deliver these assessments allowed us to do this. By developing assessments that were randomised for every student meant we could be confident that it was their own work and creating these bespoke assessments ensured they were set at the correct level. Developing these assessments in a short time scale did have some challenges along the way but we have now developed a fairly standardised system of assessing in this manner.

We’re keen to hear about other awards Numbas has contributed to. If your use of Numbas was cited in any form of formal recognition, please tell us all about it!

This week marks ten years since we first released Numbas as open-source software.

Development on Numbas began in September 2009, and once it was ready to use I made it a priority to make sure it was released under an open-source licence so it wouldn’t languish in obscurity at Newcastle.

END_OF_DOCUMENT_TOKEN_TO_BE_REPLACED

The E-Learning Unit in the School of Mathematics, Statistics & Physics at Newcastle University has received the Collaborative Award for Teaching Excellence (CATE). These awards recognise collaborative work that has had a demonstrable impact on teaching and learning, highlights the key role of teamwork in higher education.

END_OF_DOCUMENT_TOKEN_TO_BE_REPLACED

A few people have asked us for an accessibility statement before they start using Numbas, so we’ve written one.

The statements describe the accessibility requirements that we’ve designed Numbas around, some tips on how to use Numbas effectively with different assistive technologies, and details on the outstanding accessibility issues that we know about.

If you’ve got any feedback about the statements or accessibility in Numbas, please let us know. 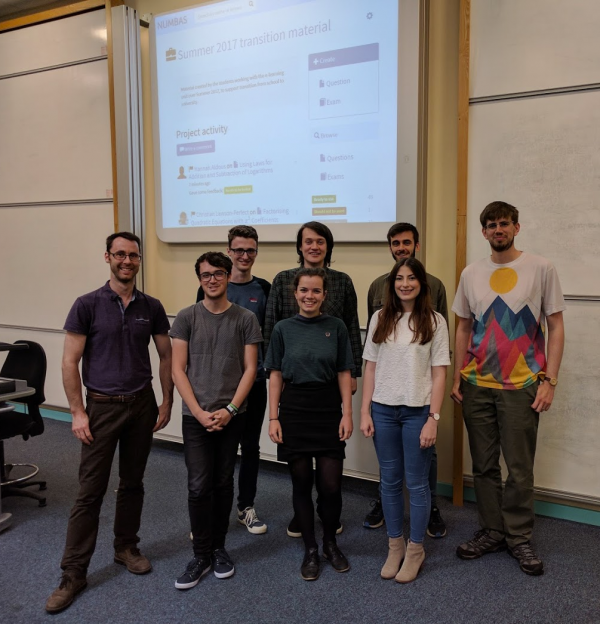 This Summer we’ve supervised a group of student interns creating a bank of Numbas questions to support students making the transition from school to university. The genus of the project was the realisation that many degree courses around the university require a level of mathematical ability that students don’t expect when they apply, and might have lost in the years since GCSE. We aimed to create a bank of practice material that students can be directed to, following diagnostic tests or visits to our maths support service at the start of the academic year. 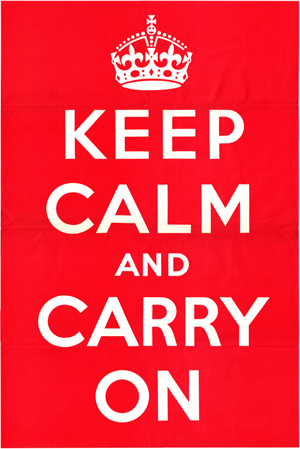 The MathJax team has announced that their free cdn.mathjax.org service, which serves copies of MathJax, will shut down on April 30, 2017 – the end of this month. Numbas uses MathJax to render mathematical notation using LaTeX, and until now the default theme has used cdn.mathjax.org.

This is much less notice than we would’ve liked, but it’s out of our hands. So we need to change how Numbas uses MathJax from now on, and the shutdown has ramifications for existing exam packages.

How Numbas will use MathJax from now on

In short: there’s a new default URL, and you shouldn’t notice any difference. You can configure Numbas to use your own copy of MathJax if you’d prefer.

END_OF_DOCUMENT_TOKEN_TO_BE_REPLACED

The vast majority of development work on the Numbas system has been carried out by the e-learning unit of Newcastle University’s School of Mathematics and Statistics. In particular, almost all the code was written by me.

I’ve set aside time to write up information on how you can get involved with the Numbas project. I’ve greatly expanded our “Contributing to Numbas” page, listing the different ways you can help. I’ll reproduce the top part of that page here:

We encourage any kind of contribution to the Numbas project, whether it’s a bug fix, a new feature or extension, documentation, or just a suggestion of a feature you’d like to have.

We are always interested in feedback from users, especially those with interesting ideas on how to develop and improve the system.

Here’s how you can contribute to the Numbas project

END_OF_DOCUMENT_TOKEN_TO_BE_REPLACED

Here at the School of Mathematics and Statistics at Newcastle University, we provide computer-based assessment through Numbas to all of our first- and second-year undergraduate maths modules, as well as many other courses at later stages or for other schools. We write these questions on a private Numbas editor, so that we don’t accidentally reveal content to students, and so we can control editing access through our centralised IT system.

However, it’s always been our policy that everything we create will end up on the public editor at numbas.mathcentre.ac.uk, shared under a CC-BY licence. It’s been quite a while since we last copied anything over, so I’ve spent this morning copying over just about everything we’ve got. It’s all organised under a new account, Newcastle University Mathematics and Statistics. At the moment, we’ve got 101 exams and 497 questions – that’s a lot of maths!

This academic year we’ve reinvented our first-year syllabus, so at the moment only content for our semester 1 modules is on the public database. All of our second year modules are there, however, as well as third-year courses on group theory, coding theory, and number theory and cryptography.  I’ve also transferred each of the exams we’d made available on mathcentre.ac.uk to the school account.

I’ve written a few extensions to add data types and functions necessary for a few of our more advanced courses, which are also available on the editor and on GitHub. They are:

While you can pick and choose from our questions, a good way in is to look at our exams, which collect together questions on similar topics. Our first-year modules have been split up into chapters corresponding to more detailed topics, but the other courses were only collected into weekly assignments, so I’ve just made a single exam for each of those modules, containing all the relevant questions.