Here’s another round-up of recent development work on Numbas.

The big new feature is version tracking – every change made to a Numbas question or exam is saved in the database, and you can revert to old versions in the new “Editing history” tab. Each version is stamped with the time of its creation and the name of the person who made the change. You can also add your own comment to a version to describe what you’ve changed. 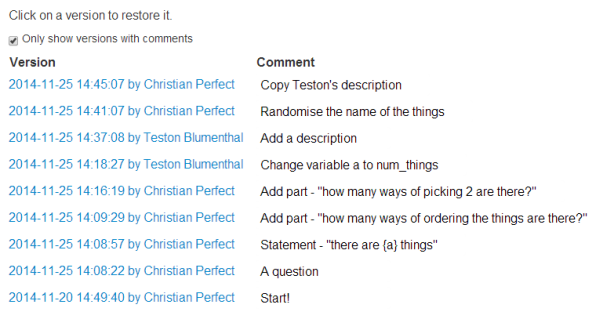 The editor now also has undo/redo buttons for changes made since you opened the page, so you can quickly rewind if you do something silly like delete a part or variable.

This should make maintaining questions and collaborating on question development a lot easier!