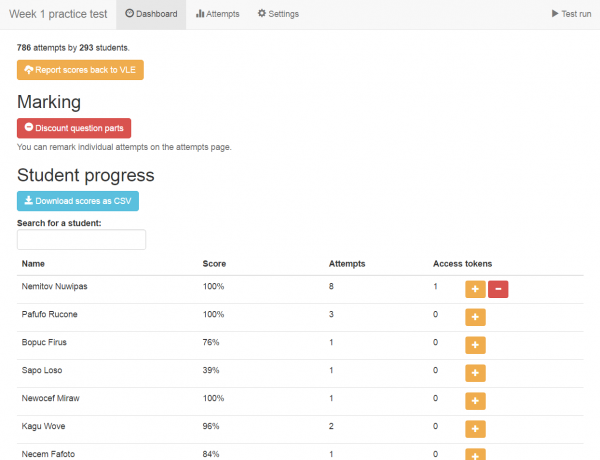 Blackboard’s SCORM player has a few long-standing bugs and missing features which mean that we haven’t recommended it for serious use. Since we can’t fix those problems ourselves, we’ve spent a long time trying to find a way work around Blackboard’s problems. Additionally, when a large contingent of Norwegian lecturers visited us for the MatRIC colloquium this April, we discovered that very few institutions in Norway use VLEs which support SCORM. Someone suggested we look at LTI, since many more VLEs seem to support it.

The basic idea with LTI is that you create a link between your VLE (the consumer) and another server (the provider). When a student clicks on your tool in the VLE, it redirects them to the provider with a cryptographically-signed request containing enough information to identify the student and the activity they’re trying to access. The provider is then in charge of running the activity, and can pass a final score back to the VLE to go in its grade book.

For Numbas, that means that our tool provider can take charge of the management and reporting of attempt data, which has always been the weak point of VLEs’ built-in SCORM players. However, this is quite a departure for us because our tool provider is a piece of software which you have to run on your own server. So we’re making this tool available, but still supporting and recommending using Numbas through SCORM when possible. 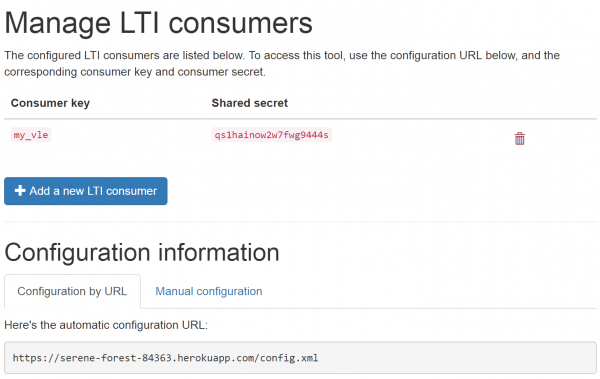 We’ve been using the LTI provider for a few courses here at Newcastle since the start of term, and so far we haven’t had any problems. It replaced our existing Moodle setup completely, and lecturers really appreciate having their Numbas material in Blackboard, right alongside the rest of their course content.

You might want to use the LTI provider if:

Extra features in the LTI tool not provided by SCORM: 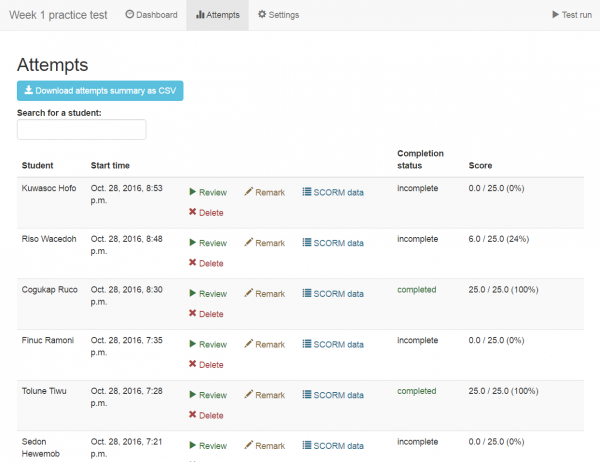 This is new software, so we expect to find bugs and missing features for a while, but we’re very excited about it. As development continues we’d like to add more ways of visualising the attempt data, such as score distribution graphs or discrimination metrics.

Here’s a short screencast I made while I installed the provider on Heroku. It took just under 5 minutes in total (for the video I sped up the Heroku build process).

There are full installation instructions on GitHub. Let us know if you try it out, and please email us if you have any questions.