Here are the recordings of our recent training sessions held over Zoom.

First, there was a beginners’ session on the 15th of July, covering the Numbas editing interface, how to deliver exams to students, and writing a first question:

We’re planning on running another Numbas training session for beginners, following the series we ran in March and April.

The first session is scheduled for 10:00 BST on Wednesday 15th July. It’ll run over Zoom and last about two hours. No previous knowledge of Numbas will be assumed.

This will take place at 10:00 BST on Wednesday 22nd July. Again, it’ll run over Zoom and last about two hours. Christian will demonstrate a few things, then there’ll be time to work through question-authoring problems from attendees.

Register for a training session:

If you’re looking to start using Numbas in a hurry because of the CoViD-19 crisis, have a look at our blog post about how Numbas can help.

Building on the success of EAMS 2016, the conference aims to bring together researchers and practitioners with an interest in e-assessment for mathematics and the sciences, with an emphasis on enabling attendees to have a go at creating material, and getting an opportunity to share expertise directly. It will consist of a mix of presentations of new techniques, and pedagogic research, as well as live demos and workshops where you can get hands-on with leading e-assessment software. 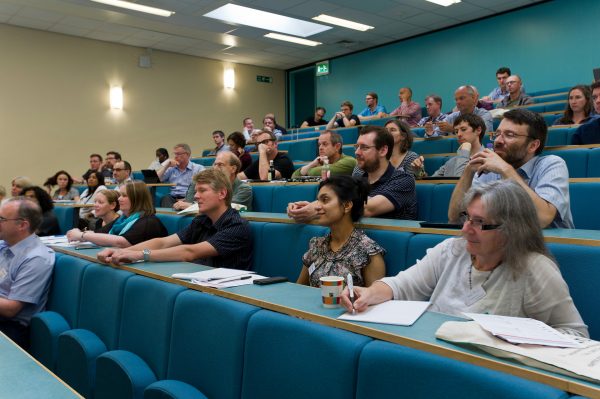 Over three days, EAMS 2018 will comprise a mix of talks and hands-on activities:

Compared to EAMS 2016, the emphasis this time is much more on enabling attendees to have a go at creating material, and getting an opportunity to share expertise directly.

The call for talk and workshop proposals is currently open. If you have some research or an innovative technique related to mathematical e-assessment that you would like to present, EAMS 2018 is the perfect venue. The deadline for talk proposals is May 31st.

The sigma network is hosting a free workshop hosted by the Mathematics Resource Centre, University of Bath on Thursday 31st August, 10:30-16:30.

This event will provide:

There’s more information on the event’s page on the sigma website.

We’re proud to announce that we are organising an international conference on E-Assessment in Mathematical Sciences, which will take place on the 13th-14th September 2016, here in Newcastle upon Tyne, UK.

END_OF_DOCUMENT_TOKEN_TO_BE_REPLACED

Numbas is a free and open-source e-assessment system developed at Newcastle University. This demonstration highlights the key features of Numbas and the design considerations for an e-assessment tool focused on mathematics.

END_OF_DOCUMENT_TOKEN_TO_BE_REPLACED 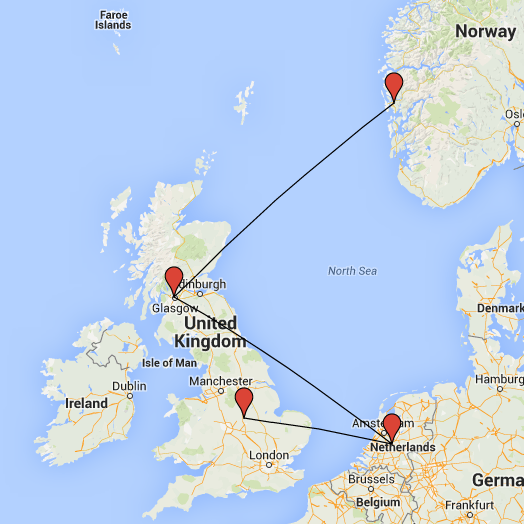 Last week we were in Bergen to give a keynote talk and workshop at the MatRIC Computer Aided Assessment in Mathematics Colloquium. A good time was had by all, despite the rain, and now we’re back in Newcastle preparing for even more talks and workshops. It’s a busy time of year!

On Friday the 12th of June, Bill is giving a talk at the IMA International Conference on Barriers and Enablers to Learning Maths: Enhancing Learning and Teaching for All Learners in Glasgow, titled “Online Practice in Mathematics and Statistics. A model for community collaboration”.

Next, Christian is in the Netherlands for the International Computer Assisted Assessment (CAA) Conference, where he’s giving a demonstration of Numbas on the 22nd of June.

Finally, we’re running a two-day workshop on Numbas at Loughborough University on the 6th and 7th of July, supported by the sigma network. The first day is aimed at introducing new users to Numbas, and the second day will cover more advanced use. The workshop is free to attend, so there’s nothing to stop you! 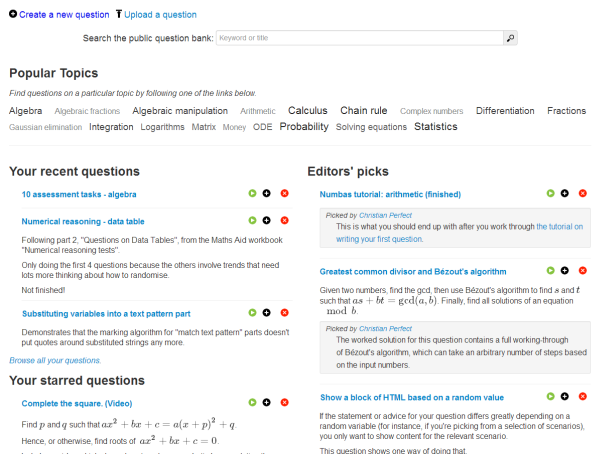 We’re giving a day-long workshop titled “Building online maths assessments using Numbas” at the University of York on the 4th of July. It’ll be an introduction to using Numbas, from logging on to the mathcentre editor, through selecting questions to make a test, to eventually writing your own questions.

The workshop is provided by the Sigma North East network for excellence in mathematics and statistics support, and attendance is free.

There’s more information, and a booking form, on the Sigma NE event page.

END_OF_DOCUMENT_TOKEN_TO_BE_REPLACED

↩ Back to the blog